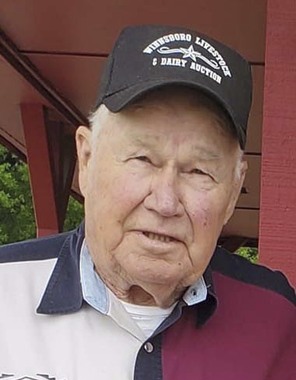 You will receive email notifications when changes are made to the online memorial, including when family and friends post to the Guestbook.

Back to Kenneth's story

Receive email updates when there are changes to this story.

Become the owner of this obituary to manage the guestbook, edit the notice, and more.

On October 7, 2019, our heavenly Father chose to bring home our earthly husband and father, Kenneth Paul Gray. When the veil split and he walked through, the heavens were celebrating his arrival. Ken was born January 16, 1941, in Josephine, TX, to Paul Inez Gray and Ima Corrine Gray. He graduated from Royse City High School in 1959. In April 1962 he made the decision to join the military where he served in the United States Army. He left the military in 1965, having received medals for good conduct and a letter of appreciation. In July 1966 he married his first wife Vicky Gray Carlson of Sachse, TX. They had two children together, Angela Middleton and Jason Gray. He worked several years at TI where he met the final love of his life, and on July 2, 1982, married Linda Holley Gray, also known as Charlie. They moved onto a ranch in Winnsboro. In the early years they enjoyed horseback riding and trail riding together. Lately he loved raising cattle, taking care of his garden, and canning his veggies, jams and jellies. Even though he no longer had a big interest in horses, he still came every month to his daughter's horse shows on Saturday, as his way to support her. Jason and Zach enjoyed hunting and fishing on the ranch, and of course he would give them heck about their hunting skills, especially as he sat on the porch managing their progress. He was a man of few words and didn't express his feelings very much, but was very proud of his children, and loved them very much. He had a talent for making any kind of wood or metal project you could think of. He always had a twinkle in his eye, and that famous mischievous grin. He always had a story to share. Today we say good bye Ken! Good bye Daddy! Until we meet again.
Kenneth is survived by his wife: Linda Holley Gray; daughter: Angela Middleton and husband Ken of Caddo Mills, TX; son: Jason Gray and wife Christie of Ft. Worth, TX; stepson: Mark Summers and wife Teressa of Winnsboro, TX; grandchildren: Zachary Gray of Denton, TX, and Kayla Gray of Ft. Worth, TX; brothers: Gerald Gray of Royse City, TX, and Dean Gray of Greenville, TX; and sister: Lynda Gray Finley of Paris, TX. He was preceded in death by his mother: Ima Corrine Gray; and father: Paul Inez Gray.
A celebration of Kenneth's life will be held 2:00pm Saturday, October 19, 2019, at Rest Haven Funeral Home, 141 West Main Street, Royse City, TX, 75189, with Pastor Phil Alford officiating. In lieu of flowers memorial contributions may be made to Southwest Transplant Alliance, 5489 Blair Road, Dallas TX, 75231.
Published on October 15, 2019
To plant a tree in memory of Kenneth Paul Gray, please visit Tribute Store.

Plant a tree in memory
of Kenneth

A place to share condolences and memories.
The guestbook expires on January 13, 2020.

Restore this Guestbook to share a memory or message of condolence of your own.